The Welch Foundation Welcomes Geoffrey W. Coates to the Scientific Advisory Board 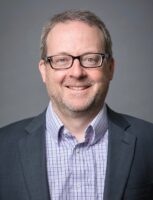 HOUSTON, TX – July 1, 2020 – The Welch Foundation, one of the nation’s largest sources of private funding for basic chemical research, welcomes Geoffrey W. Coates, Cornell University, as the newest member of its Scientific Advisory Board (SAB).

“The Welch Foundation’s Scientific Advisory Board provides invaluable guidance and direction to pursue our mission of advancing basic research in chemistry to improve lives thoughtfully and with intention,” said Carin M. Barth, Chair and Director, The Welch Foundation Board of Directors.  “The SAB is comprised of some of the world’s foremost chemistry researchers and educators and we are honored to welcome Professor Coates to this esteemed group.”

Appointed to the first Tisch University Professorship at Cornell University, Professor Coates’ research concentrates on developing new methods for reacting commodity feedstocks in unprecedented ways.  He is an Alfred P. Sloan Research Fellow, and has received a number of awards including, the Presidential Green Chemistry Challenge Award; DSM Performance Materials Award; and the American Chemical Society’s Gustavus John Esselen Award for Chemistry in the Public Interest, Applied Polymer Science Award, and Kathryn C. Hach Award for Entrepreneurial Success. In 2006, he received the Stephen and Margery Russell Distinguished Teaching Award at Cornell University and became a member of the American Association for the Advancement of Science. In 2011 he was identified by Thomson Reuters as one of the world’s top 100 chemists on the basis of the impact of his scientific research, and was inducted into the American Academy of Arts & Sciences. In 2017, he was elected to the National Academy of Inventors and the National Academy of Sciences. Professor Coates is the scientific cofounder of Novomer, Intermix Performance Materials and Ecolectro,  is also a member of the Scientific Advisory Board of KensaGroup, and serves as the Associate Editor of Macromolecules.

"The Welch Foundation has such an amazing history of supporting fundamental research in the chemical sciences. It is a great honor to join this renowned group of individuals to help further advance the mission of The Welch Foundation,” said Professor Coates. “I look forward to contributing to the Foundation’s mission and helping to identify a diverse set of individuals and groups from the Texas research community who are well deserving of its support.”

For more information on the Foundation, please visit www.welch1.org.